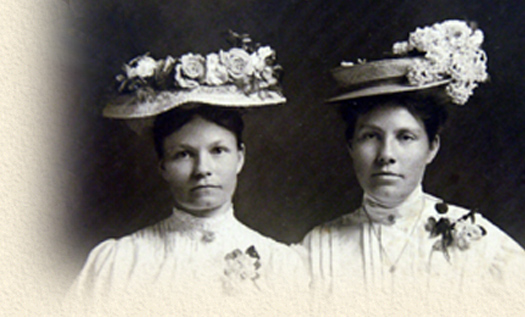 Welcome to the Church of the Brethren Network of Genealogy & History resources. Perhaps you are like many people, desiring to know more about themselves by getting to know their ancestors. We hope that our resources will offer you a place to start. Review our lists, individual contributions, or surf to other genealogical and historical web sites. You may just find that long lost ancestral link to your family tree. Our genealogy section is divided into five documents: Church Records, Miscellaneous Lists, other genealogical Web Sites, Libraries, and Photographs having genealogical archives. Each section offers a very different resource for locating your ancestors, heritage, ethnic culture, and historical traditions. You may also wish to review Brethren Groups in order to distinguish the many sub-groups using the word Brethren in their denominational title. Thanks for stopping by. We hope you enjoy our resources, and perhaps today you will find that elusive ancestral link!

HISTORY OF THE CHURCH OF THE BRETHREN OF THE EASTERN DISTRICT OF PENNSYLVANIA, by The District Committee, New Era Printing Company, Lancaster, PA, printed in 1915. The Eastern District appointed a committee of five individuals (S.R.Zug, John Herr, G.N.Falkenstein, J.G.Francis, and D.C.Reber) in 1911 to write the history of the church in the Eastern District.

CHANGE AND CHALLENGE: - A HISTORY OF THE CHURCH OF THE BRETHREN IN THE SOUTHERN DISTRICT OF PENNSYLVANIA 1940-1972 - Elmer Q. Gleim, Triangle Press, Harrisburg, Pennsylvania, 387 pages, printer in 1973. An update of a previous history published in 1941, this volume details congregational histories until the early 1970's. Contains numerous pictures of churches, pastors, elders, maps, and illustrations. Very good index.

Names associated with the:

HISTORY OF LITTLE COVE OF FRANKLIN COUNTY PENNSYLVANIA, by Harry E. Foreman, Kerr Printing Co., 1967. This is a good companion book to the history of Stone Bridge Church of the Brethren. It explains the settlement of this southern region of Franklin Co. Included are histories of other churches in the area, tax lists, family histories, and cemetery records.

FAIRVIEW CHURCH OF THE BRETHREN, Echo, Marion Township, Douglas County, Kansas Lone Star, KS. Little is known of the congregation in Douglas Co. It was listed on denominational rolls from 1907 to 1919. There was no resident pastor. [DFD, Annual (BC) (1907-19) From the Brethren Encyclopedia, I, 468, II, 752]

“Remove not the ancient landmark, which thy fathers have set.”
Proverbs 22:28